Music from around the world

Like its mythological namesake, ULYSSES Network stands for adventure and boundlessness. ULYSSES Network is a project that supports young composers and musicians and tries to create a breeding ground for collaboration beyond borders, cultural differences, and language barriers.

This concert with the Austrian Schallfeld Ensemble, arranged in a collaboration between ULYSSES Network and KLANG-Festival, is an excellent example of these values. Schallfeld Ensemble's self-proclaimed goal is to act as an ambassador for young, unknown composers, and the composers on the program are indeed distinguished by a low age average (34 years; fairly low in classical contexts) and an impressive spread of nationalities: Russia, Argentina, Spain, Italy, Denmark – a veritable international summit.

26-year-old danish composer Emil Vijgen, for instance, has written the work // INPUT_PULLUP; especially for this concert. The unusual title comes from the programming language C ++, in which INPUT_PULLUP is a function that ensures that a button stays on after it has been pressed. A fun example of the youngest composers taking inspiration from places radically different from their elder peers.

The project is a collaboration between Festival MIXTUR & KLANG, in the frame of the ULYSSES PROJECT.

The ensemble is suported by The Austrian Embassy in Copenhagen. 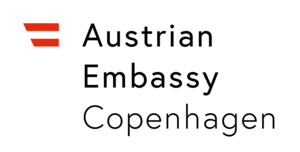